It’s no surprise here in the Belgrade’s it’s Patriots Nation! Some of the biggest fans live here, which just so happen to include my step father and his friends who have turned into family over the years because they are at my house every Sunday during football season. So when I say Patriots fan I don’t just mean someone who has friends over to watch the game. I mean a avid fan, obsessed, eat, live, breath the Patriots. I don’t think that most people have seen someone or even a group of people that love a sports team more then the people here in Belgrade.

My step father and mother live on Main Street here in Belgrade Lakes and when I was about 8 years old my step father added an addition onto the house which he decided would be a three car garage with a man cave above it. When he was building this man cave he decided that it had to have a theme. That theme just so happened to be the New England Patriots. At first it started out with a few trinkets that had the Patriots logo on them, some jerseys of players, and a few footballs. As the years have gone on and our beloved Tom Brady has been with us the man cave has grown into something sacred, something that has brought a community together in a way.

As the Patriots have gone onto win over and over and over again my step father has gone onto grow this man cave bigger and bigger and bigger. The walls are painted to the exact color of the teams jerseys, the walls are filled with Fat Heads of the players, signed jerseys hang throughout the room, trinkets fill one whole table, the area rugs are custom made with Patriot logos covering them, a coffee table with the Patriots logo set in it, all the way down to the kitchen cabinet knobs being the Patriots logo. This room is really something that you have never seen before. 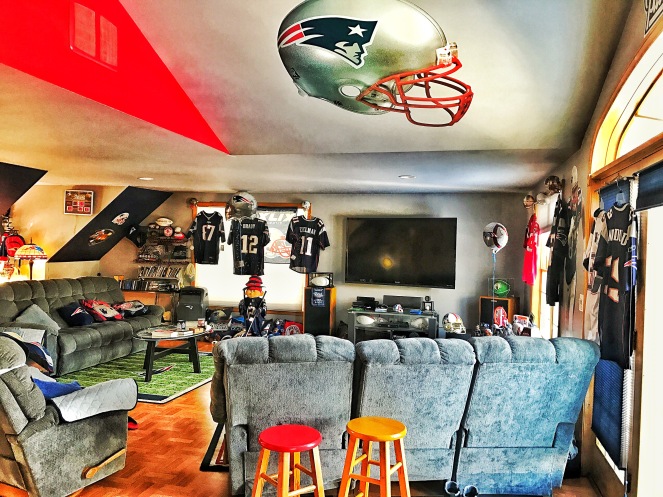 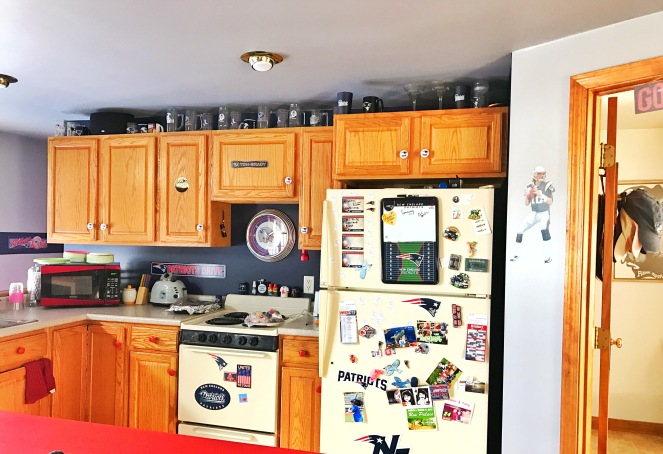 While the room is amazing on its own you need to meet the people. The people who are what really makes this so special. There are dedicated fans out there but I don’t know that I have ever met fans of another team or even the New England Patriots fans quite like this. Each person has a certain spot that they sit every week, a certain drink that they drink, a certain routine that they do all day before the game because if they didn’t do these things the Pat’s have a chance at not winning.

Growing up in a home like this is now something that I have grown to appreciate. These people are my family and I wouldn’t want to imagine not having them at my home every Sunday. So what makes the Superbowl the best day of the year? The excitement, the sounds of fireworks, the smell of all the food being grilled, the conversations of what will happen during the game and what we think Bill Belichick will make for plays. Here in Belgrade Lakes we have had some pretty exciting Superbowl parties. We have had all of Main Street shut down here in Belgrade Lakes so that we could have a parade! Here in Belgrade Lakes we really take it to another level of being fans. 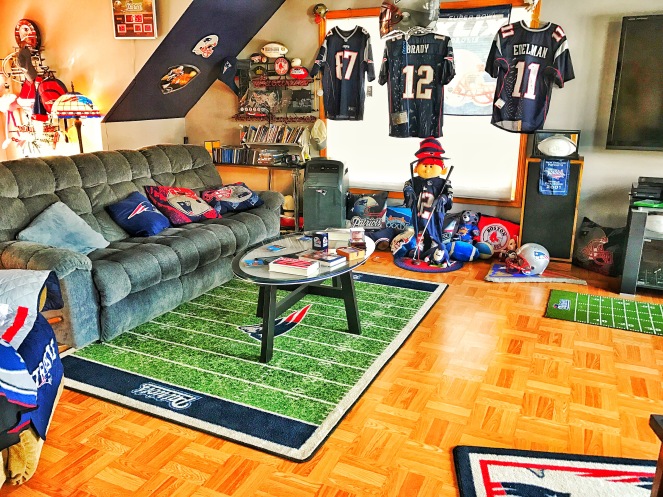 This year while watching the game I can honestly say that I have never heard it be so quiet while they were playing during the first half of a game. You could hear a pin drop. It was awkward to watch, to witness the sadness, to actually think well I guess this is it. But then our team did what they do best, they did their job. The amount of excitement the roars of the most passionate fans screaming a the TV “Go! Go! Go!” The floor was shaking from all the stomping feet. It was so consuming that before I knew it my heart was racing my palms were sweating and I looked at my step dad and said ” We are the best…..  Tom is the greatest of all time!” As he shook his head yes and smiled at me, we made it to over time.

This was it, we knew in that moment that our team had to do this. They didn’t work that hard and made that big of a come back to not win! It happened so fast that before I knew it I was hugging everyone because the Patriots had done the unthinkable and won the Superbowl! The amount of excited, the tears of joy, the thoughts of disbelieve, and the reminder of why we are all Patriots fans filled the room.  For most people a football team is just something to be a fan of, but for us here in Belgrade Lakes its what makes us family. 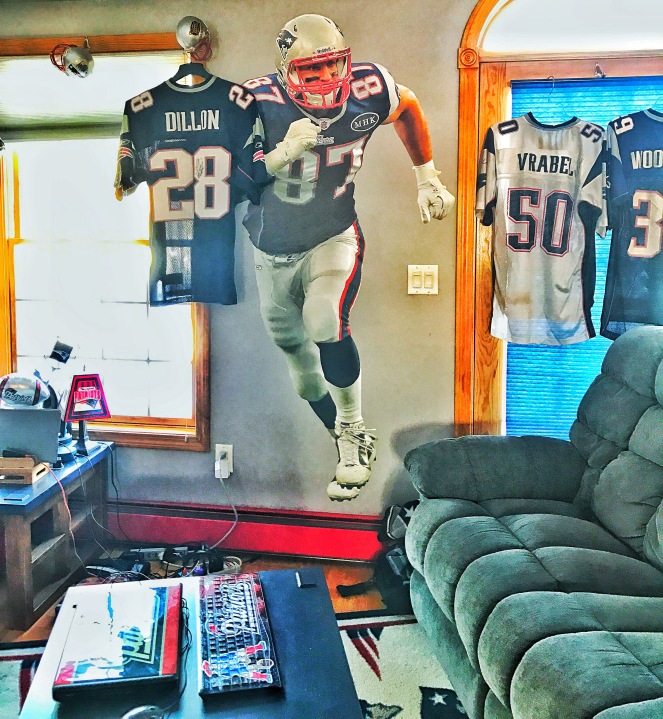